On the Twelfth day of Breadmas my Baker gave to me, Potato Sourdough Bread! Hooray! You made it to day 12! That means it’s sourdough time. I adore potato bread. There’s no Irish in my family tree, but there’s English, German, and Scottish, and I think all of those folks love their potatoes and breads as much as the Irish! And this bread is real lover affair of the two. Lightly sour, moist and fluffy from the potatoes, and so good in every way.

At some point I’ll put up a recipe for potato scones. They’re this awesome breakfast food that I learned about while in Northern Ireland, and completely fell in love with. But while I was in the UK was also the first time I ever ate potato bread. And it doesn’t get much better than that. And there’s so many varieties.

The most common potato bread recipes that I came across had mashed potato in them as part of the wet mix. Some also use potato flakes. But my favourite types had bits and chunks of roasted potato throughout the bread. The more sandwich style potato bread we used to make at the bakery was this style as well. Though it had a tighter crumb and a less rustic sour taste.

This recipe combines some of my favourite aspects of potato bread, the rustic crust, mature sour flavour, slightly more open crumb, and chunks of potato. It’s also herby. I like rosemary the best, since it really brings out the roasted potato flavour. But you can add whatever fresh herbs you have on hand. They would all be great. One of my favourite ways to eat this loaf is simply toasted with butter and some flakey sea salt. YUM.

The first few times I made this recipe I diced the potato into chunks before mixing it. And that was fine, but I found that the chunks were too uniform. They made mixing the dough a bit tricky. In the end the best results came from breaking up the roasted potatoes with my hands. That way there was lots of different sizes, and the potato is spread more evenly through the dough.

Also, as a bonus, this recipe makes two loaves! So you will definitely have enough to satisfy your potato bread cravings once you’re addicted. I use bannetons to proof them, but you can also use mixing bowls lined with flour or oil.

Well gang, you made it through Breadmas 2020! I think it was a delicious success, and I’m thinking we try it again next year. Maybe with some shirts? Everything is more fun with shirts! or Aprons! Anyway, I hope you had as much fun as I did with all these recipes. It was great to dig through my archives and bring out all these tasty breads. If you aren’t already, jump over to Instagram and follow me (@dorkylittlehomestead) and keep up with all our food and homesteading fun. I’ll be posting a full Breadmas Recap tomorrow! Happy Sourdoughing! (totally a word.) 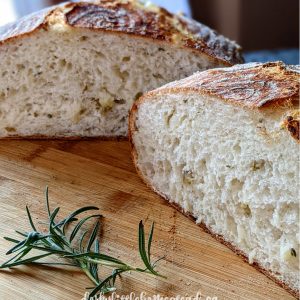 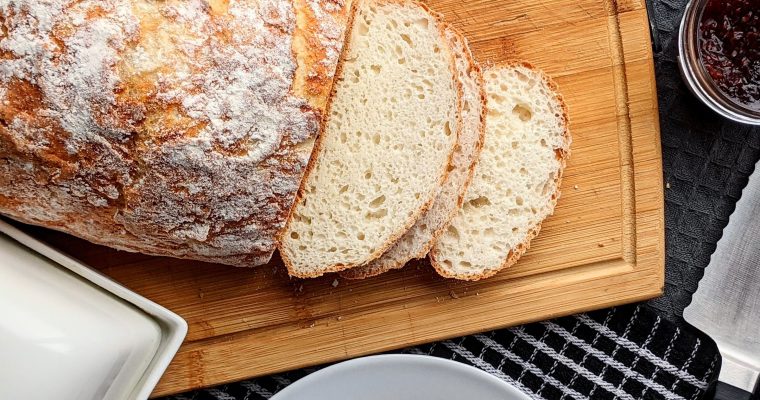 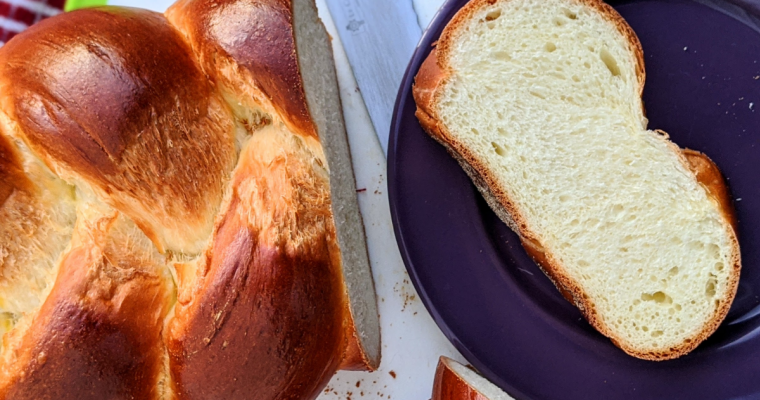 Oat & Honey Bread
12 Days of Breadmas: Recipe Round Up!