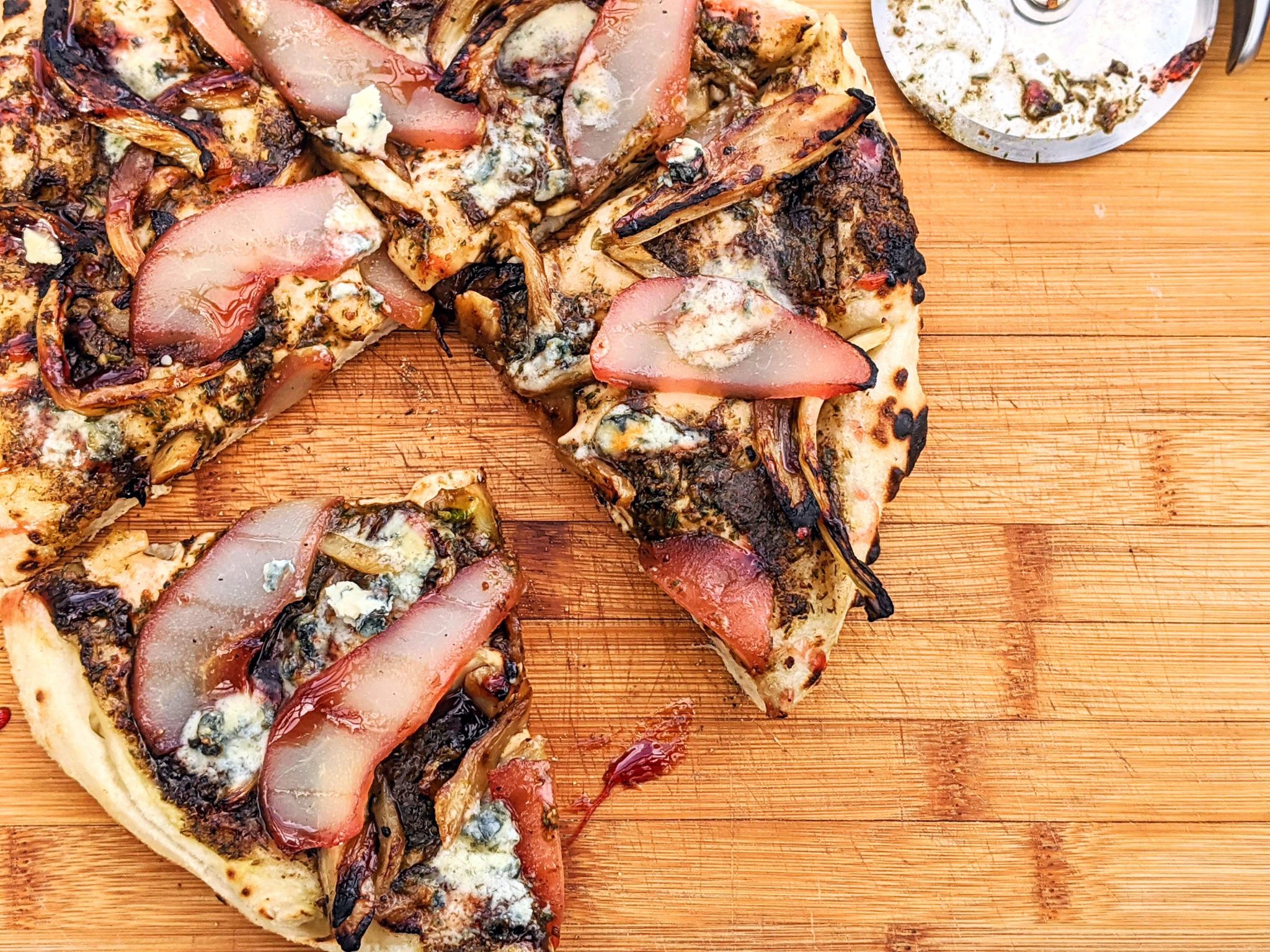 This pizza is like a high end cheese board but on a pizza. It combines the rich sweet savouriness of caramelized fennel, with the tartness of poached pears. Combined with herby pesto and funky, creamy blue cheese. If you’re looking for a truly grown up pizza, then this is for you. Have it on a warm spring night with a good glass of red wine, or even a smokey whiskey. Perfection.

This post contains affiliate links. If you make a purchase through one of these links, I will receive a small commission at no cost to you. Thanks!

Any of my friends will tell you, I love making pizzas. And I especially love taking flavour combinations that I enjoy from elsewhere in the food world, and putting them on pizza.

I had not eaten fennel until I began working in kitchens about 10 years ago. I’m not really a fan of licorice, so I think I assumed I wouldn’t like it. Thankfully this was not the case and I now enjoy fennel much more often. Two summers ago I actually made pesto using basil and the fronds of the fennel bulb. It was so magical. If you aren’t sure how to make pesto (funky or normal) check out my Anything Pesto post.

Once I started cooking with fennel, I found it was mild, but very complex. It can be savoury with touches of sweetness. It can add depth to soups and sauces without necessarily overpowering the other flavours. And it’s super yummy when it’s been caramelized. Something that I did for the first time a few years ago to top a wheel of baked, garlicky brie. YUM. Caramelized fennel now regularly makes appearances on my cheese platters. Alongside, poached pears…

Don’t be afraid of poaching. It’s not complicated and can yield excellent results. Poached pears are so darn tasty. The first time I made them for Mike, I had a hard time keeping him from just eating them straight out of the pot. That time, we were eating them atop a very rich Chocolate Cake, but soon started eating them in and on everything. On ice cream, in sandwiches, alone in a bowl covered in whipped cream. They’re seriously delicious. On a cheese platter (and this pizza) however, they pair wonderfully with caramelized fennel, and a rich, creamy, blue cheese. We also always boil down the poaching liquid into a syrup that gets drizzled on this pizza. And on every bowl of ice cream that we eat in the near future.

So essentially, this pizza is a big pile of flavours that I love, atop a fluffy and chewy Pizza Crust. You can bake this pizza in a wood fired pizza oven, on the BBQ or in your oven on a Pizza Stone. Be aware that if you’re using a wood fired oven, the sugary fennel and pears, can burn quickly. The following recipe will give directions for baking in a standard oven on a Pizza Stone. 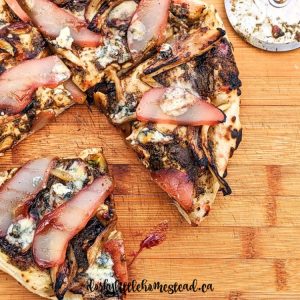 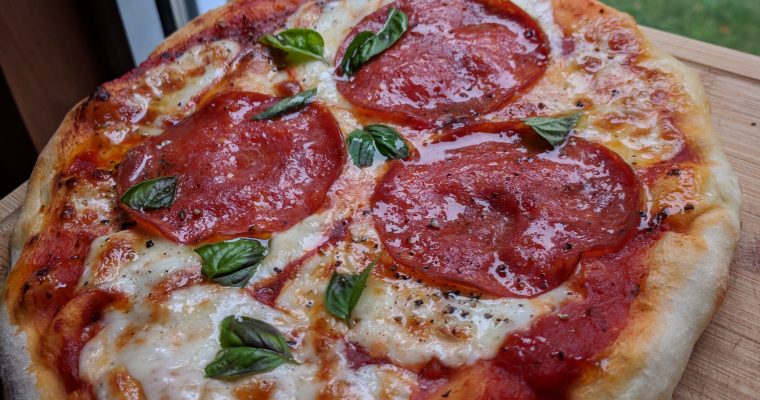 Pizza is definitely up there on my favourite foods list. Partly because it involves melted cheese, but also because it can be as versatile as you want it to be. It’s no uncommon for me to get very over complicated with my pizza toppings, to […]