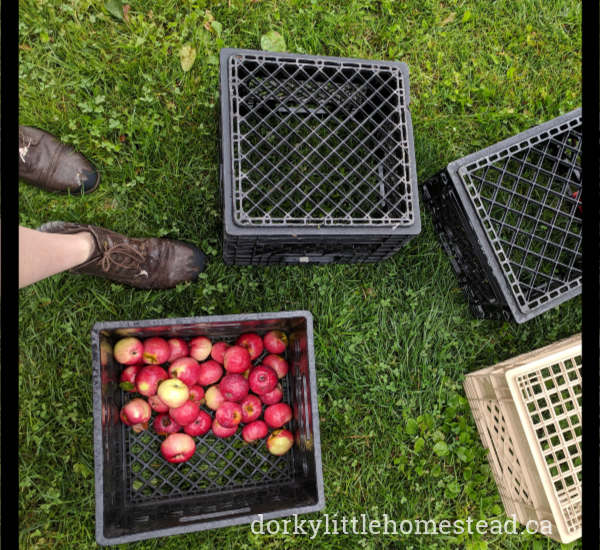 In Ontario, apples are a big deal. We have a particularly good climate for growing them. So in the Fall, making cider is a great thing to try. I like cider a lot, but usually stick to wine in my home brewing adventures. Wine is straight forward, and you can get into it easily because of the kits that are widely available. Cider is a bit different, because you need to find the juice yourself, and it can’t contain the preservatives that store bought juices do. (They kill the yeast, therefore preventing fermentation). Meaning, you need to juice your own apples or buy the juice straight from an orchard.

When I met Mike, I had attempted making hard cider once, and it had not gone well. This was entirely my fault though, so I was determined to try again. Mike doesn’t drink beer anymore, as he finds it makes him feel a bit sick, and he’s never been a wine or spirits drinker. Suddenly, I had a very good reason to improve my cidering skills!

If you’re familiar with home brewing, you’ll know that it’s much cheaper to make your own then it is to buy it. That is a huge draw for frugal home brewers. The initial investment can be a bit large, but after that it’s only ingredients. 23L of juice is needed to make a full batch of wine or cider. Usually that much juice can be purchased for about $40. Out of that you can get 30 750ml bottles or 45 500ml bottles. Making each one cost more or less $1 each. That right there is enough to turn anyone into a DIY brewer.

It’s also very fun, and you get to be creative. You can change up which yeasts you use, which will alter the final taste. Different things can be added to make the drink your own, and you get to feel good about knowing where it all comes from.

Did I mention the abundance of apple in Ontario? It’s pretty serious. If you’re from out of province, I have heard it can be an overwhelming selection.

The trick with cider making is that the finished product will taste quite different from the apple you’ve chosen. That’s not to say you don’t get significant differences depending on your apple, but don’t expect a honey crisp apple to give you a super sweet cider. Remember, yeast eats sugar. Choosing a sweeter apple and not ‘back sweetening’ (I’ll explain that later on) could get you a very dry, and quite alcoholic drink.

There are a few apples that are meant for cider making. I have not sought these out, as they tend to be hard to find.

There are a lot and if you’d like to read a great article all about the different cider apples and flavour blending, I recommend checking out The Cider School

Thankfully, it all comes down to taste, and most people will tell you that if you have a variety of types of apples, you will probably come out with a pretty tasty drink.

The apples we chose  were a very mixed variety that grow on a friends property. She says they are mostly a blend of Cortland, MacIntosh, and Crab Apples. We did our best to get a range of sizes and colours, and hoped for the best.

If you have a good source for buying your juice, then you can so straight to fermenting. For anyone using whole apples, you will need to crush and juice them first. Next year (hopefully!) we will build a crusher and press. Both of which can be purchased or built. A design that I’ve heard great things about for a crusher/Juicer is something like this, and we are eager to build something similar in future.

For now though, we used my Breville Juicer. And boy did we use that little thing hard! I don’t know how much those little juicers are meant to deal with, but we definitely pushed the limits. All together we juiced roughly 300lbs of apples! That amount was enough to get us 3x23L batches. (100lbs apples = ~23L juice)

The process is a bit different if you are using a crusher/press setup. In that case let your apples sit for a couple days after picking, then crush them into a mushy pulp for pressing. Presses are great because they are able to get every last drop of juice. We were squeezing our extra pulp through cheese cloth. But I think our juice yield would have been higher with a crusher/cider press set up. 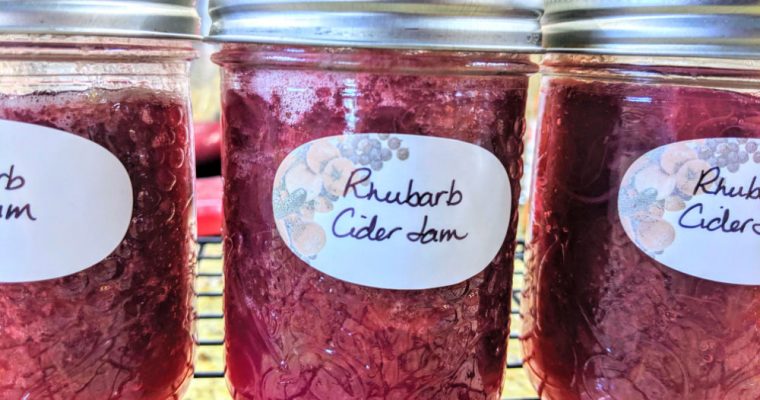 Early summer in Ontario is the time of the season when rhubarb is in abundance. And there are so many ways to enjoy it! We will eat rhubarb in as many ways as we can when it’s available but it can be sad to watch […] 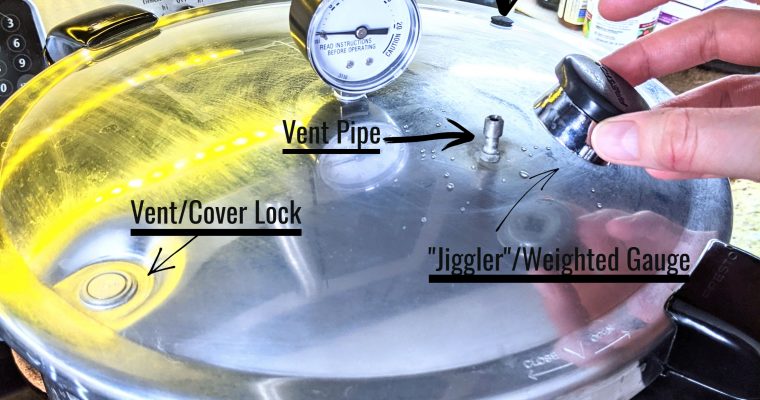 The Basics of Pressure Canning

Canning is one of my favourite methods for preserving foods. But not everything is suitable to be canned using the traditional water bath method. Water bath canning restricts your preservation options to acidic foods. So unless you water to make a jam, jelly or pickle […]

I'm sure a lot of you, like me, are feeling a litt

There are some happy bees in this unmowed soccer f

So many pepper plants in our new deck box 😍 I'm

With the weather beginning to warm up here, I star

Good morning Almonte! Always something to make us

Coming down to the final days before planting thes

Happy Long Weekend Everyone! On my walk last night

Glass of wine, homemade cookie and some Harry Pott

Good morning Quarantine Cooks! If you're in Canada